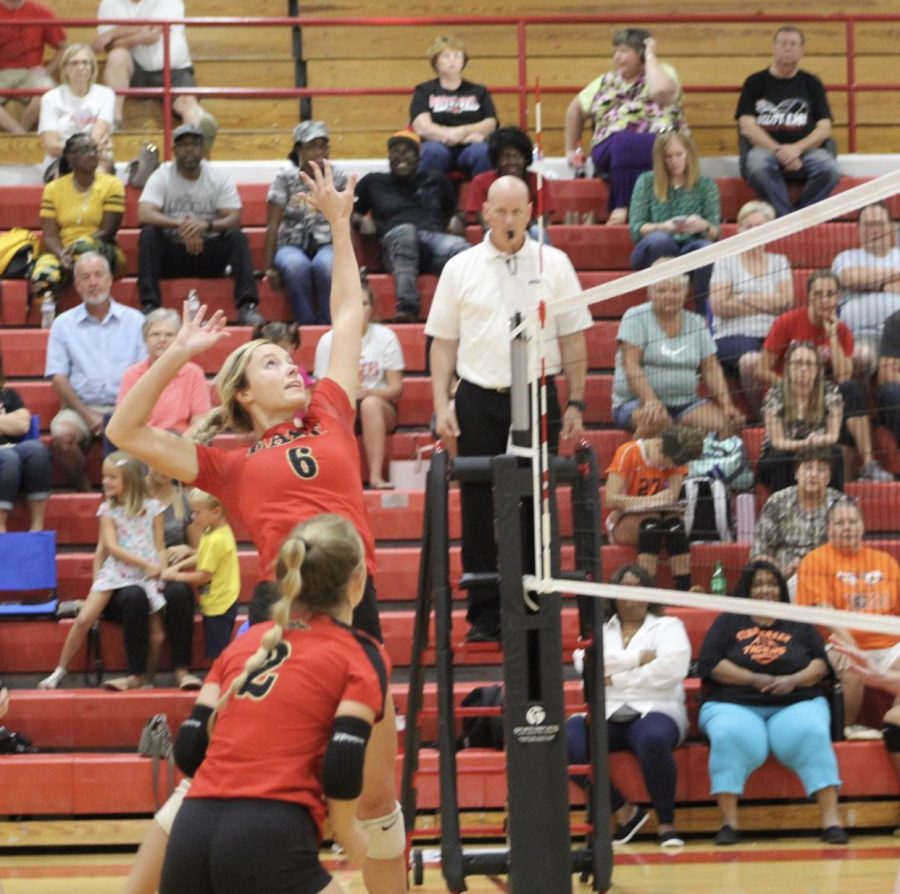 Senior Carissa Kimball goes up to spike the ball. The team won this game against the Fern Creek Tigers 3-0.

Here comes districts, but no need to fret.

The Lady Chargers win their first two district games of the season 3-0.

The team won both of their district games last week. The Lady Chargers led both games. The girls feel good about what’s to come.

Wednesday, Sept. 4 the team took on Jefferson High School for their first district game of the season. Early in the first set, senior Halle Key served a continuous six points. The Lady Chargers won that set 25-12. The team continues to lead both next sets of the match. The team won the third set 25-12 also.

The next night the Lady Chargers took on Fern Creek Highschool for a second district game on the home court. The team also led each set in this game. The first set was a blowout with East winning 25-9. Then the team continued to win both of the next sets by quite a margin. The final score of the second set was 25-11 and the last set was 25-12.

The team not only added two wins to the record, but this helps them to know where they stand for postseason. Senior Julia Kromenacker said, “Winning those games makes me really excited and hopeful for our season. If we beat them now there’s no reason we should have trouble beating them in (postseason) district games.”

The other team in the girls district is Mercy. Kromenacker said, “I think we went into the games against Fern Creek and J-Town pretty confident. We typically do not have a hard time beating them. The team in our district that is a challenge for us is Mercy.”

The team will take on Bethlehem Highschool tomorrow night, Sept. 10 at 7:30 p.m.