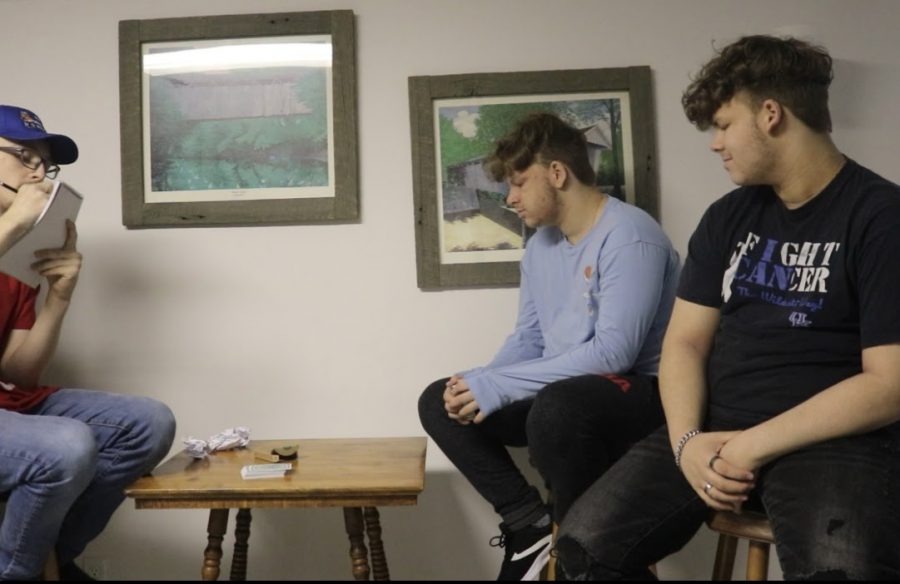 After performing a magic trick to Jacob Collings and Joshua Collings, they thought that I messed up, but came to find out that I fooled them to a whole new level.

Jacob Collings was completely bewildered on how the magic trick was done. “I was really fooled by how you did the trick. and how easy you made it look,” said Jacob Collings. During the magic trick, him and Joshua Collings had to think of three random things, as I would try to predict them in front of them. I act as if I mess up multiple times, but then as I reveal the papers to them, they realized that I actually predicted what they were going to say, and choose, all along.

When it came to how much he liked the performance, he truly showed how much he liked it, and he just thought that it was very well put together, and he thinks that there was nothing that I could improve on. “I think that the magic is a cool thing, and a fun thing to do,” said Jacob Collings.

Joshua Collings was fooled, to say the least, on how the magic trick was done. “I would say I was pretty fooled, because you made it seem like you got all of our answers wrong. Then, at the end, you proved us wrong,” said Joshua Collings, “At first I’d say a one, because you made it seem like you got our answers wrong, but at the end, I’d give it a 10, because the way you kind of, like, built up the suspense. Like, you made us think you got it wrong when you didn’t.” On a scale from zero to 10, Joshua Collings believes that it was a 10 out of 10, when it came to how truly entertained he was.

Jacob Collings would not hire me as a form of entertainment for an event, because of something personal, but he does think that other people should definitely hire me. “I do think that someone should hire you, because you are amazing at magic, and people would be dumb not to hire you,” said Joshua Collings.

Now, fun fact, the educated guesstimate of the start of my magic career was Sept. 24, 2016. Jacob Collings and Joshua Collings were one of my only three friends at the time, so they have been friends with me even before I was a magician.

Jacob Collings would definitely be interested in seeing another magic trick. “I would want you to do another trick for me, because I would like to try and see if I can figure out how you do it,” said Jacob Collings.

Joshua Collings agrees once again by stating, “Yes (he would want to see a magic trick), because I like magic, and you’re a great magician.”

Now, if you’re interested in seeing a magic trick from me, and getting to be on, “Brodie’s Monthly Magic,” or you have a friend that you think would be interested in that, then you can email me at [email protected].