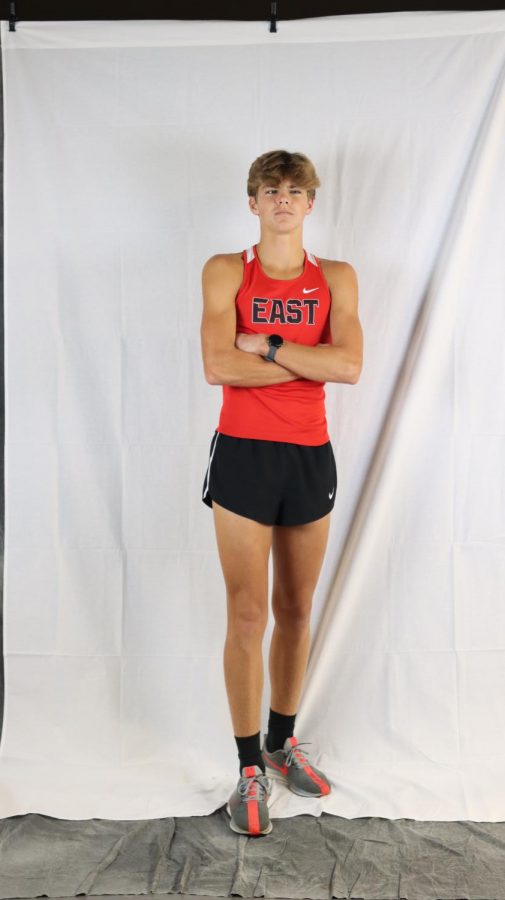 Senior Tyler Bass poses in the pre-season. Bass has performed well for the Chargers and placed well in his meets so far.

In the Rumble Through The Jungle 2021 meet, the Chargers did not place as a team but had strong solo performances.

The boys team had high placings out of the immense competition. The girls also had impressive times and had high placings. The team plans to practice harder and continue to prepare for regions and the state meet coming up.

In the final placings, the seniority on the team showed heavily. Seniors Isaiah Malone and Tyler Bass led the way for the Chargers and had some top times. Malone finished in 27 place out of 254 runners with a time of 17:37. Bass finished in 40 place with a time of 17:55. Junior Jake Swift followed shortly after with a time of 18:49. “The guys did pretty well. It was their first race for a couple of them. It was a hard course and a hilly course so for that many people to have a season best was a good sign,” Head Coach Nathan Lentz said.

The girls team followed the same trend of seniority as the boys. Senior Mia Maguire was the top performer for the Chargers with a placing of 45 out of 210 runners and a time of 21:25. Junior Raelee Hawkins was shortly behind in 53 place. She ran a time of 21:41. Sophomore Shelbie Heath placed 132 with a time of 23:56. Lentz said, “I thought we did really well. All of the girls ran a season best, which is awesome.” The girls team is on track for their goals they set at the beginning of the season and are working hard to reach them.

As the season is reaching its midpoint, Lentz is happy with where the team is at but he does not feel that they have reached their peak. “We’re still putting some things together. We are good for where we are but we have not had our full team at a meet this year but we will this weekend.” Lentz, along with his runners, are having a strong season so far and look to continue to improve as it advances.