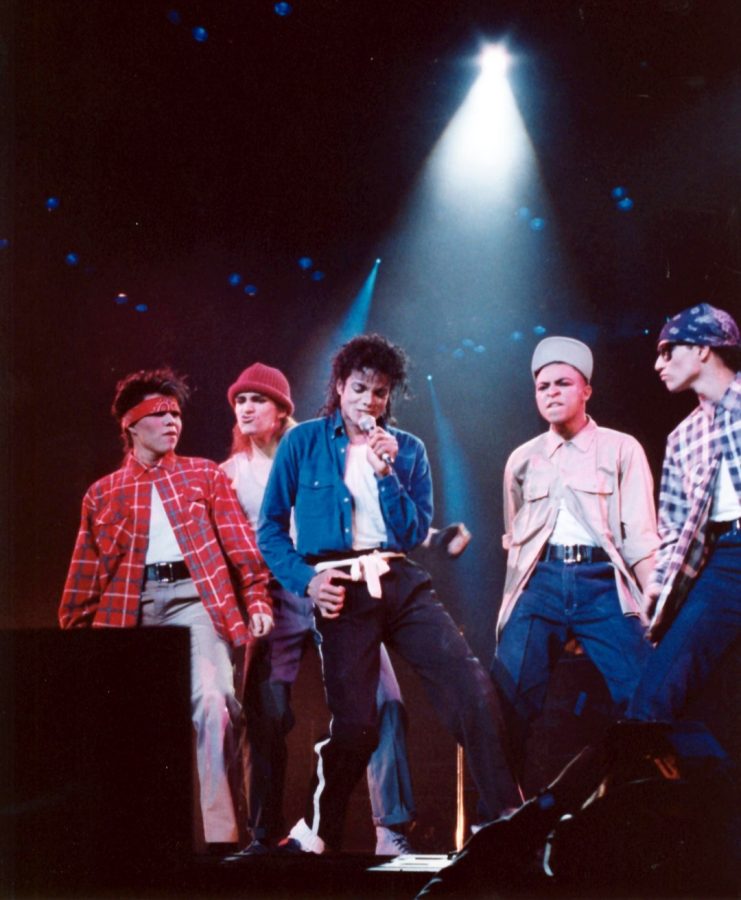 Michael Jackson performs “The Way You Make Me Feel” at The Grammy Awards, 1988. Jackson was nominated for Album Of The Year, Best Male Rhythm & Blues Vocal Performance and Best Pop Male Vocalist that year, and had won 15 Grammys during his career. “I don’t think anyone ever has even come close to doing…just the sound and the lyrics and just everything he’s accomplished is just so monumental,” sophomore Allie Fawbush said.

While the “King of Pop”, Michael Jackson’s, time was long ago, the late legend has left behind a legacy that will surely never be forgotten.

With the ability to make millions go crazy, Jackson is catapulted in the air from below the stage on the beat drop, fireworks by his sides. Just a regular show of his in 1997. Starting in 1964 at age six, Jackson has been a dominant figure in the pop music industry for over four decades. He still remains an industry icon today for his music, dancing abilities and actions as a humanitarian.

Those who were granted the opportunity to work with Jackson still reminisce about their experiences with the star, including musician and artist Jasun Martz. “At the time that Michael Jackson was working on his Bad album, 1987, he was the number one entertainer in the entire world. I was a musician in Los Angeles and had recorded with various famous entertainers but when I was invited to be the featured soloist for his new album, I literally jumped for joy…it seemed like I must be dreaming,” Martz said. Martz was the synth keyboardist and harmonicist featured on Jackson’s albums “Dangerous” and “Bad 25”. “I was really surprised when I was asked to perform a harmonica solo on ‘Streetwalker’. Good thing I had started playing the harmonica in high school. In the studio, I wasn’t nervous at all. I just did what I do and hoped Michael liked it,” Martz said.

Along with being a contributor on this unreleased track, Martz had the opportunity to be a part of “Black or White”. The premiere of “Black or White” attracted the largest audience for a music video in history, 500 million, being the first Billboard Number One World Single. “MJ’s producer was quoted as saying that I ‘brought a rock and roll fire to ‘Black or White’.’ I’ll probably want that quote carved on my tombstone,” Martz said. His career in artistic fields combined with his love of music and composing creates a blend of inspiration for Martz’s content. “2022 is the 30th anniversary of ‘Black or White’ being number one around the world, so I decided to honor that by having an art show in New York of my art inspired by the song,” Martz said. His dedication to his art and respect for past experiences with Jackson is admirable, and a prime example of Jackson’s influence.

American musician, songwriter and producer Tommy Organ was another to work with Jackson. “I met Michael at a recording studio in the ’80s. He stopped what he was doing to meet me and my band, Tease,” Organ said. Organ can be seen in the 2009 documentary on what would’ve been Jackson’s next tour, “This Is It”, playing the guitar, having solos in songs such as ‘Wanna Be Startin Somethin’. “It was a cool calm and collected atmosphere and everyone was very pleasant. We started off each rehearsal with prayer then we hit the stage to rehearse. We would have lunch together and go back and rehearse. The day ended with Michael saying ‘everything sounded awesome’,” Organ said. While the rehearsals were some of Jackson’s last days, he continued to give his all for the show.

“He taught me the understanding of simplicity. That can mean more when it comes to music,” Organ said. Jackson would plan this tour exactly as he imagined it, practicing for what would’ve been a huge series of eclectic shows. “Of course, going front and center of the stage during ‘Wanna Be Startin Somethin’ in ‘This Is It’ and connecting vibes with Michael as I played. He often gave me the thumbs-up sign during my solos,” Organ said. Jackson made the environment at rehearsals a close-knit experience with a small group of his crew and those to be on stage with him. “He said he ‘loved my rock and roll guitar’ in People Magazine, I’ll never forget that,” Organ said. Organ has also played for Jackson’s sister Janet Jackson and brothers The Jacksons on their Unity Tour. “Michael was the most loving person of all,” Organ said.

“Michael was the same on and off stage, professional. There was no fakeness about him,” Organ said. Jackson’s career got rolling at a very early age causing deprivation of childhood. He compensates for such a loss with his “childlike” personality, disassociation from fame and energetic spirit. All reasons he created his home Neverland Valley Ranch. Being in the spotlight of fame and living an unordinary life, he was an easy target to accuse or find something wrong with. At the time of his popularity, Jackson strongly opposed the media after looking for opportunities to make a story out of his name whether it was true or a lie, and was fragile when it came to these comments and stories. “He was so badly treated from pretty much everyone and for people to say stuff about him that’s not even true, and as a fan, it just makes me really upset and angry…he’s not even here to defend himself,” sophomore and fan since 2016, Allie Fawbush said. Jackson has created and released much music regarding his opposition to the press and those trying to make money off his name through songs like “Why You Wanna Trip on Me”, “Scream”, “Leave Me Alone”, “Tabloid Junkie”, “Money”, “Privacy” and “Xscape”. “No wonder his children rarely make appearances because of how badly they treated their father,” Fawbush said.

Now is the time the album that once shook grounds 40 years ago celebrates its anniversary, “Thriller”. Jackson’s latest album was released on November 18, 2022, “Thriller 40”. The album contains the same nine tracks fans have always known, and previously unreleased demos. “I feel like this could be a good opportunity for them to showcase the newer songs that other people would love to hear,” Fawbush said. Following this album drop, according to one of Jackson’s estate owners, John Branca, a Thriller documentary is in the works and should come out sometime this January. “Getting the Thriller documentary would just be icing on the cake…if they go in the right direction with it, which I’m sure they will, it will be amazing,” Fawbush said.

“I was ecstatic when asked to come play keyboards on ‘Black or White’ on ‘Dangerous’. The song is only three minutes and 22 seconds long but it took over one and a half years to record,” Martz said. Jackson’s work was precise. His creations weren’t quick and easy to make, and hundreds of songs made for his albums were discarded to preserve what he felt was perfect. Jackson’s long-time record producer, Quincy Jones, once revealed that they went over 800 songs in the making of “Thriller” alone. “Voice, talent, dancing, approach, professionalism. Michael had it all and that is why his legacy will live forever,” Organ said. It has been 53 years since Jackson (in the Jackson Five) first made it to number one on the charts, and today Jackson’s album “Thriller” remains the world’s best-selling album. 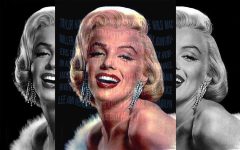 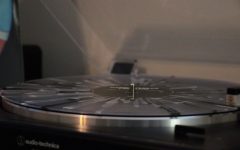 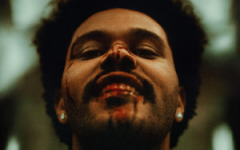 The Weeknd’s “After Hours” Review 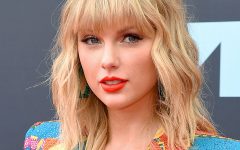 Taylor Swift’s Way to Take Back Her Music

Jackson’s donations and generosity all across the globe affected the population as well. Jackson donated an estimated amount of $500 million during his lifetime and started the Heal the World Foundation in 1992. “Many pop stars of today are arrogant. I find that so distasteful. If you ask anyone that knew Michael Jackson, they will tell you he was ‘a lion on stage and a lamb offstage.’ He was a modest, introspective, sensitive person,” Martz said.

“He’s the superstar of superstars, beloved in every corner of the planet because he had a vision that few of us possess. Michael’s music will live forever,” Martz said. Jackson has toured all across the globe, attracting millions of fans each tour. The concerts were ongoing and Jackson wore himself out on performances, sometimes putting his life in danger, never stopping for any inconvenience like being tired or a fan jumping on stage.

“I don’t think anyone ever has even come close to doing…just the sound and the lyrics and just everything he’s accomplished is just so monumental,” Fawbush said. Jackson’s influence still echoes in today’s streets, explaining the title given to him by one of his biggest inspirations Elizabeth Taylor, ‘The King of Pop’. Jackson and his music both promoted messages of equality, love and caring for all kinds, which is why he appeals to most audiences. “Michael is an evergreen artist, meaning he and his music never fade away. The reverence and appreciation for him just grows and grows. I attribute his success not just to his remarkable talent as a composer, singer, dancer, performer but also that he appeals to a very wide demographic. Young or old, rich or poor, black or white. Most everyone finds joy in his music,” Martz said. 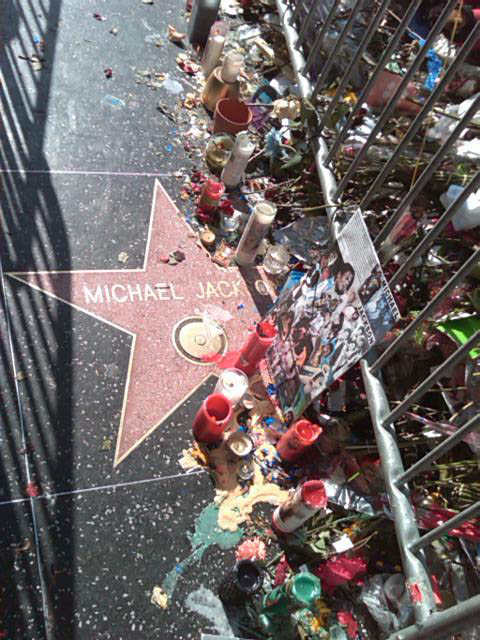